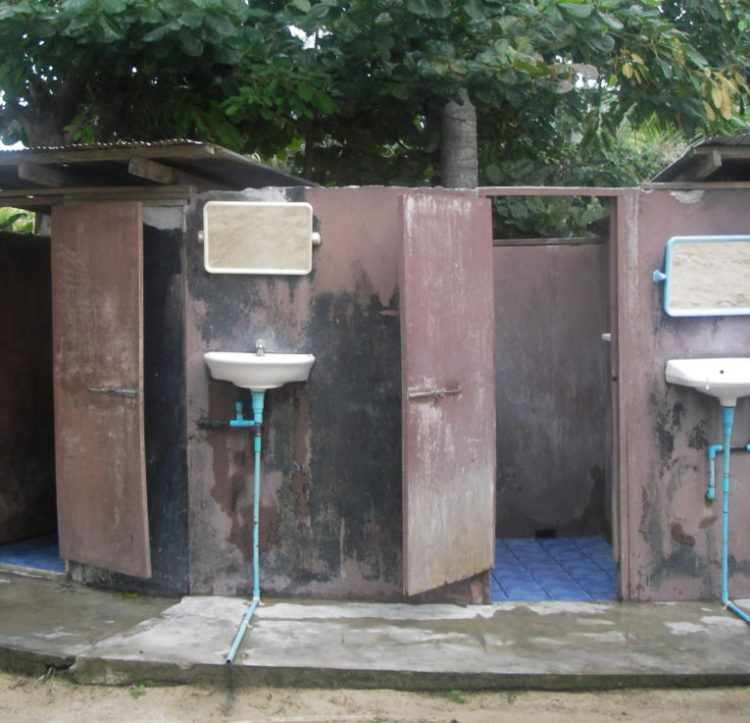 Before we’re heading to Malaysia here is a brief summary of my general travel experience in Thailand:

Basically it was nice and warm and an excellent country to start a backpacking trip as it is fairly easy to travel around and quite cheap. This is the advise the travel agent gave us when we booked our around the world-ticket. Our alternative route would have started in India which I would have loved to see. He was probably right saying India is such an overload on impression that if you’re only adjusting to backpacking and actually traveling a lot further it might be too much to handle.

Looking back on how we felt the first couple of weeks on the road I am happy we took his advise.

Considering it was monsoon season there was nothing wrong weatherwise. Yes, we had severe rainfalls but they never lasted too long and were also welcomed as an exception to the constant warmth and high humidity. Rain in Hamburg, Germany, definitely feels different and usually spoils the day. Even the grey sky wasn’t as depressing as back home. In Bangkok I was always unsure wether it was cloudy or the city just full of smog.

The locals were mostly friendly. I felt yelled at a few times realizing too late they meant someone already down the road. Sometimes they were a little too pushy as everyone was trying to sell you something and hardly ever took “no” for an answer. But it’s fine adapting to this and not taking their first price literally either. Bargain, eh?! I always kept in mind that a few hundred Baht is a lot more for them than it’s less for me so I guess I paid too much most times but this is me: not a salesperson- rather a nice one…

As for the tourists in Thailand- well… Some of them didn’t take no for an answer either. Especially if they wanted to take you to a bar (hoping to get you drunk and make out…). The other night I took a glimpse of someones naked behind plus the dangeling front bit because he was playing some stupid drinking-game at the beach and had to sacrifice his boardshorts. Classy. Oh well. But there were many fellow travellers we met, connected and shared the first aid kid or funny stories with. I liked that. What goes around comes around! I’d say you could draw a line between people actually traveling or just taking a vacation.

The hygiene-standard was probably the biggest thing to adjust to. First advise to anyone without a penis: Learn how to wee squatting. You’ve earned a medal when you can aim for a cup. If you can’t you might want to wash your hands AND you feet…

As for all: Learn how to take a sh*t squatting! Sometimes all you’ll find is a hole in the ground. I found that quite challenging. Especially when constipated. Don’t skip leg day…

I came across three forms of toilets in Thailand which I think is worth noticing:

PLEASE keep in mind though that whatever loo you come across: THE PAPER DOES NOT BELONG INTO THE TOILET! NEVER. There is another bucket. Don’t look too closely. Just wipe and chuck it in there, ok?

As we were travelling on a tight budget and sticked to basic accommodation, strangers hair in bed or drain were nothing to kick a fuss about. We kinda got used to cockroaches quite quickly too. They were everywhere and after a while they were less disturbing than a ladybug spreading it’s wings. Spiders though- you can’t get used to spiders- can you? I couldn’t- let’s see if our roadtrip in Australia will change this.

So yeah, my biggest worries actually were throwing up and mosquitos. I was spared by the first so far (knock on wood) and bitten by the last. Many times. Too many times. They ruined precious moments at the beach. From dusk ’til dawn. What you really don’t need to worry about: forgetting to pack anything at home. Seriously. Whatever it was- you can buy it here. Even a ph.D. So travel lightly.

Rightyho! We’re off to Malaysia next. With a buddha statue hidden between dirty undies.

Is there anywhere you want to go?

Is there anything you want to know?

The future’s for discovering

The space in which we’re traveling

From the top of the first page

To the end of the last day

From the start in your own way

You just want somebody listening to what you say

It doesn’t matter who you are

Under the surface trying to break through

Deciphering the codes in you

I need a compass, draw me a map